The Gantt control supports to perform user interactions in mobile and tablet devices. This section explains how to interact with the Gantt features in touch-enabled devices.

To perform touch and hold action on a element, refer to tooltip popup.

To perform long press action on a row, context menu is opened, and then tap a menu item to trigger its action.

To perform tap action on a column header, trigger sorting operation to the selected column. A popup is displayed for multi-column sorting. To sort multiple columns, tap the popup, and then tap the desired column headers. 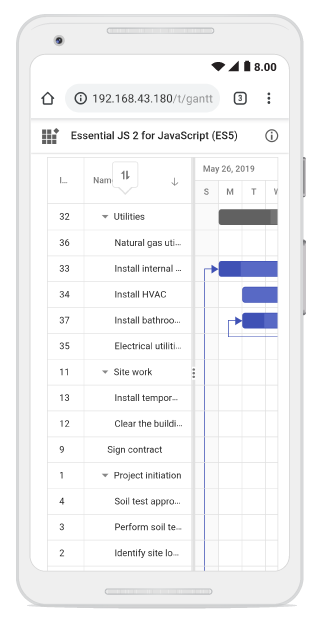 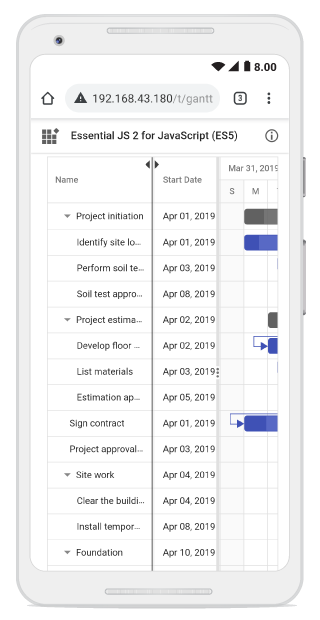 The Gantt control editing actions can be achieved using the double tap and tap and drag actions on a element.

You can tap the left/right connector point to initiate task dependencies edit mode and again tap another taskbar to establish the dependency line between two taskbars. 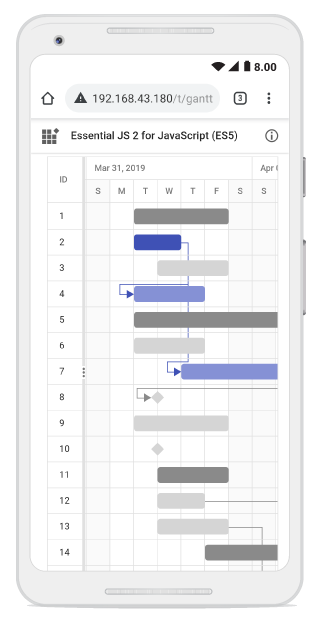 Note: In mobile device, you cannot create dependency other than FS by taskbar editing. By using cell/dialog editing, you can add all type of dependencies.

When you tap gantt row, tapped row will be selected.

Single selection : To select a single row or cell, perform single tap on it. 
Thank you for your feedback and comments.We will rectify this as soon as possible!